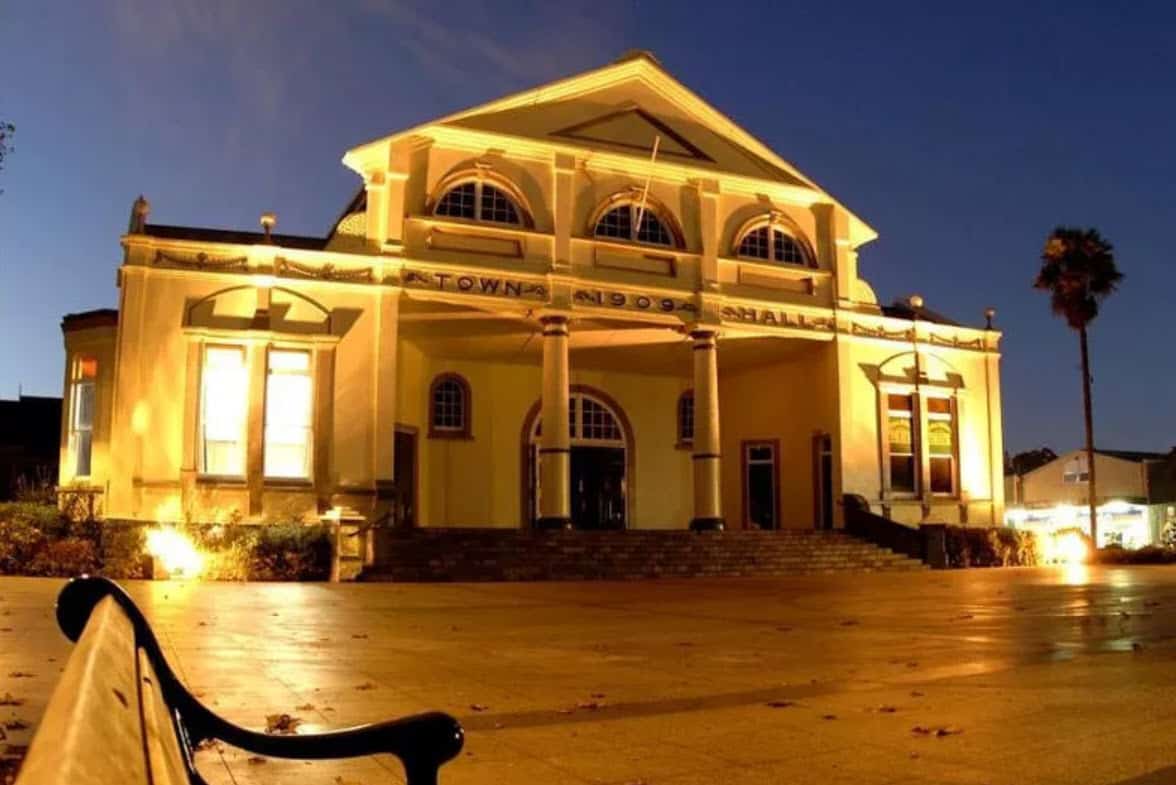 The Cambridge Town hall was built in 1909 of Edwardian style at a cost of 5,000 pounds.

In 1918, it was a provisioned as a hospital during the influenza epidemic.

1927 saw it as the first Picture House outside Auckland, run by Amalgamated Pictures

Queen Elizabeth II and Prince Phillip dined here in 1954, the Duke and Duchess of Cambridge visited in 2016.

Governor Generals, war heroes & sporting champions have been welcomed to the Cambridge Town Hall, along with dozens of other social events.