The Citroën Car Club of New Zealand Inc > About Berliet

Berliet was a French manufacturer of automobiles, buses, trucks and military vehicles among other vehicles based in Vénissieux, outside of Lyon, France. Founded in 1899, and apart from a five-year period from 1944 to 1949 when it was put into ‘administration sequestre’ it was in private ownership until 1967 when it then became part of Citroën, and subsequently acquired by Renault in 1974 and merged with Saviem into a new Renault Trucks company in 1978. The Berliet marque was phased out by 1980. 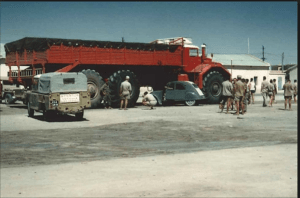 In August 1967, it was reported that Berliet had been taken over by Citroën, Berliet share holders receiving Citroën shares in return for their Berliet stock.[13] In 1966, Berliet’s final year as an independent, they had produced approximately 17,000 units.[13] Following the take-over the merged company stated that Citroën-Berliet would command 58% of France’s market for commercial vehicles above 6 tons.[13] Citroën itself had been owned by Michelin since 1934 following a cash crisis of its own. 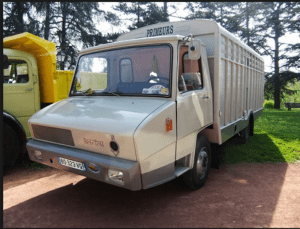 By this time, Michelin owned both Citroën and Berliet. However, after the 1973 oil crisis, Michelin decided to divest itself of these two companies in order to concentrate on its tyre business. Thus, in 1974 Berliet was sold to Renault, while Citroën was sold to Peugeot. Renault then proceeded to merge Berliet with Saviem to form Renault Véhicules Industriels in 1978.

Do NOT follow this link or you will be banned from the site!
Menu